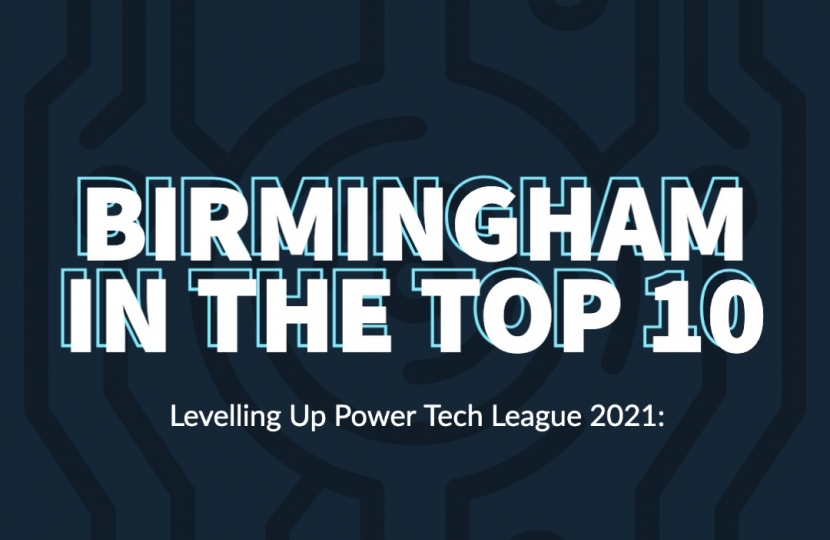 With more money than ever flowing into UK tech - £29.4 billion this year, up 2.3x from last year’s figures of £11.5 billion - almost £9bn of all VC invested went into startups and scaleups outside London and the South East and the regions are home to nine of the 29 unicorns formed this year. The combined value of UK tech companies founded since 2000* is now £540 bn, after the biggest year-on-year increase since 2013/14.

This regional growth took place against the backdrop of an incredible year for the UK tech industry. Tech investment grew 2.3x this year, the highest growth since 2013 to 2014 when it grew from $2 billion (£1.5 billion) to $4.6 billion (£3.5) billion.

UK tech captured more than a third of investment into Europe

The £29.4bn raised by UK startups and scale-ups was double the figure raised in Germany (£14.7billion) and almost three times that raised by France companies (£9.7 billion). UK tech investment accounted for a third of the total £89.5 billion that flowed into the European tech ecosystem this year.

The majority of the money coming into UK tech is from the US, with 37% of all funding coming from the States, up from 31.5% last year, with the majority of it going into fintech and health tech companies. Over 28% of UK venture funding came from domestic capital. Competition for deals among VC funds is heating up as more US venture funds launch offices in the UK, including Bessemer Venture Partners, General Catalyst, Lightspeed Venture Partners and Sequoia Capital.

More funding means more unicorns, with 29 created this year including the e-commerce platform Depop, car selling platform Motorway, insurance disrupter Marshmallow, and the challenger bank Starling Bank. This takes the UK’s total unicorn figure to 115 meaning 25% of the UK’s total unicorns were created in 2021 alone. The UK has more unicorns than France (31) and Germany (56) combined.

30% of new unicorns created this year are outside of London

The publication of Lord Hill’s UK Listings Review in March supported a strong year for the London markets, with 118 companies choosing to list in the UK raising over £16.8bn (YTD), the most capital raised since 2007. This made the UK the most active venue globally for IPOs outside the US and Greater China.

The London Stock Exchange has hosted more than twice as many transactions as the next most active European market, with a combined £49.0bn raised through IPOs and Follow-On Issuance. The 37 tech and consumer internet companies that have listed this year achieved a combined market cap of £31bn. The London Stock Exchange has also supported 30 founder-led companies to list this year.

Standout performers such as Oxford Nanopore and Wise have demonstrated the significant appetite from investors for quoted high-growth companies and this positive momentum is set to continue into 2022. The value of UK tech companies that exited via IPO, SPAC or acquisition reached a record £84bn, in a year which saw IPOs and SPAC listings for companies including Deliveroo, Darktrace, Cazoo, Arrival, Babylon and Depop.

The increased levels of money going into UK tech also mean companies are in need of trained technical and business staff. There has been a 50% rise in overall UK tech job vacancies advertised this year compared to 2020’s figures, with advertised tech vacancies hitting 160,887 in November. Currently, tech vacancies make up 12% of all available jobs in the UK, with just over 50% of these jobs available outside of London and the South East.

Software developers are still the most in-demand tech job across the UK. These positions make up 9% of all tech jobs with prospective developers being offered an average salary of £64,318, a 12% increase on 2020’s figures. Specialist staff such as java developers and IT systems architects continue to be able to command high salaries with the average advertised wage for these roles being £80,076 and £93,004 respectively.

The UK tech industry continues to lead the way when it comes to hiring practices since technical jobs are well positioned to be carried out remotely. In fact, 21.6% of all job ads in the IT sector are advertised as remote roles. This is also contributing to the spread of the UK tech ecosystem beyond London as businesses can hire across the country and find the staff that they need, regardless of location.

The government has increased its investment in R&D to £20bn by 2024-25, in order to support the UK’s research institutions, universities and businesses with an aim to increase this to £22bn by 2026-27. This investment is aimed at securing the UK’s future as a global science superpower, supporting businesses as they transition to becoming more innovative and productive and creating highly skilled jobs across the country. At the same time, there has been increased private investment in deep tech firms, totalling £6.2bn in 2021, up from £2.8bn in 2020. One of the biggest deep tech deals of the year was the £396m Series D raise by AI drug discovery company Exscientia, of Oxford, which helped the company achieve unicorn status.

It’s been another record-breaking year for UK tech with innovative British startups helping solve some of the world’s biggest challenges.

Capitalising on this fantastic investment across the country is a crucial part of our mission to level up, so we are supporting businesses with pro-innovation policies and helping people to get the skills they need to thrive in this dynamic industry.

It's great to see more tech start-ups in our regions, especially here in Birmingham, we are the city of a thousand trades and while there is more work to be done to climb to the top of the Levelling Up Power Tech League it's great to see Birmingham on there! I have met many great tech companies since being an MP and I look forward to championing them further.

Newly released figures show that 740 police officers have been recruited in West Midlands as part of the Conservative Government’s pledge to put 20,000 more officers on the streets by 2023.